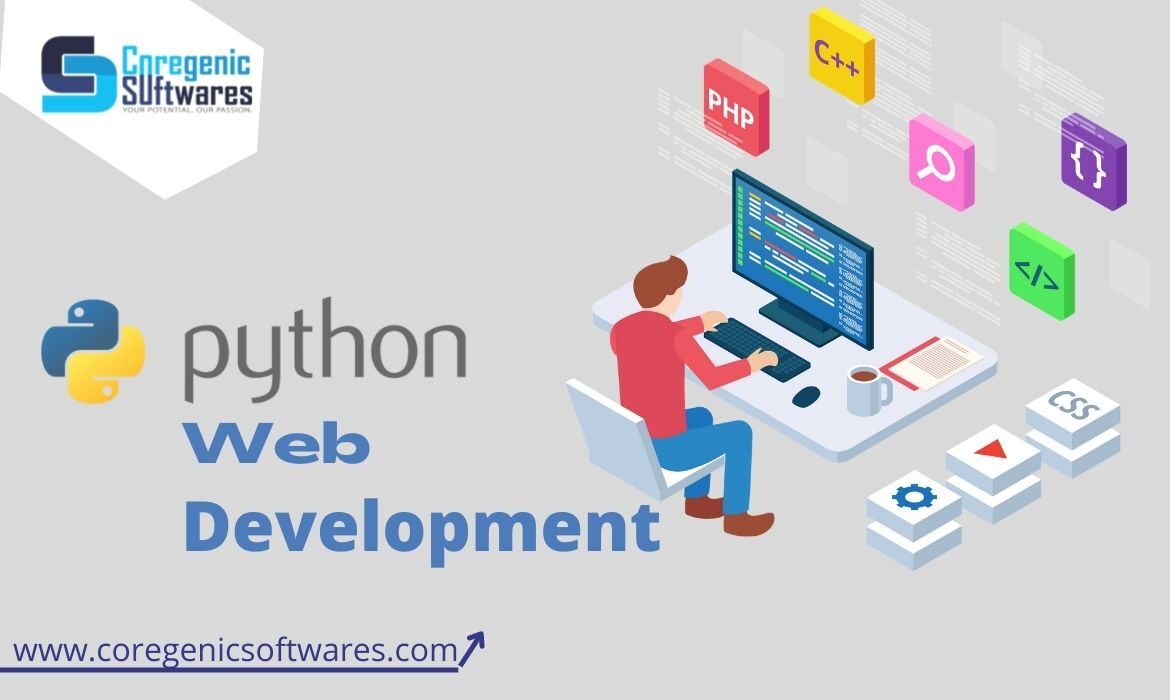 Reasons To Use Python For Web Development

Python has gripped the world market so tight that 8.2 million people are using Python around the globe.

At Centrum Wiskunde & Informatica in the Netherlands, it was the month of Christmas in 1989, when a man named Guido Van Rossum was looking for an interesting project to keep him occupied during Christmas. Firstly it started as a hobby project but later it came out to be one of the most popular and successful programming languages, Python.

He played smart and took some good features of ABC including syntax and fixed all the complaints that had come by this he created a good scripting language with no flaws.

In the year 1991 python came out to be an amazing programming language.

Python is a programming language that is commonly used for software and website development, task automation, data analysis, data analysis, and data visualization, this language is easy to learn thus python has been adopted by many nonprogrammers or beginners.

Easy to Use and Read

Python is an easy-to-use and beginner-friendly language. This programming language prioritizes readability which makes it easier to use and understand. The syntax is simple and it has similarities with the English language which allows a non-programmer to dive into the world of development.

When Guido Van Rossum created the language, So he kept “easy to use” in the founding principle of python.

The initial purpose of Python was to make programming easy, thus it focused more on code readability. It is a flexible language that can be used on any platform like Windows, Mac os, Linus, etc. thus it can be a better option for website development.

You know make the work of developing easy? It is libraries, thanks to libraries a developer doesn’t need to write every code from scratch.

A real library is a collection of books and in the same way, a program library is the collection of functions that you can call from your program. A library has many advantages, on one hand, you can save a lot of time by using the work someone has already done and on the other hand, you can be confident it has fewer bugs.

Python has become the best language for website development with 8.2 million developers using it, this is one of the signs that how suitable a language is, plus with a lot of people using it, it becomes easy to take help if you face any difficulty. Let’s assume that while you are working on a project and there is a bug you are struggling with so you can be experts about it or there will be someone who has faced the same problem who can help you with the bug.

Now I am going to tell you about some of the famous websites that used pythons as their language.

Websites made by using Python

There is no doubt that Netflix is the most popular online streaming website, used by millions of people every day, This website is built on python.

The most popular and successful search engine of all time which handles 63,000 searches per second is made up of Python.

We all love scrolling down Instagram the whole day, according to research there is a total of 2 billion Instagram accounts around the globe and python is handling these 2 billion visitors easily.

Uber has become an important application for our day-to-day life, It made traveling quite easy for us, a recent survey says that uber complete 18.7 million rides per day, and this website is also made up of python.

These are some of the most famous examples of websites that are using python and performing amazingly.